Once a year, there is an annual Bioblitz that takes place in different locations, generally parks or natural areas that are protected, around Oklahoma. These have occured for the past 15 years in this state and I think really help bring together a diversity of people who love nature. Priscilla Crawford leads the organization of these large events and has this to say…

“BioBlitz! is a rapid inventory of biological diversity. Biologists and citizen scientists count as many species as possible in a given period of time, traditionally large BioBlitz! events are for 24 consecutive hours.  Anyone who is interested participate in a BioBlitz! – university professors to boy scouts to high school students to enthusiastic retirees.

Bioblitz is a fun and exciting event to educate people about the natural diversity “in their back yard.” BioBlitz offers a hands-on scientific experience and a chance to learn more about the diversity of life where people live.”

This year’s BioBlitz took place at Greenleaf State Park in Eastern Oklahoma where we actually got to observe the American Burying Beetle, a federally protected species since 1989. During our 24-hr period we collected ~20 ant species including some really neat army ants from the genus Neivamyrmex! Check out some pics from this year’s blitz and hopefully next year you will join in. 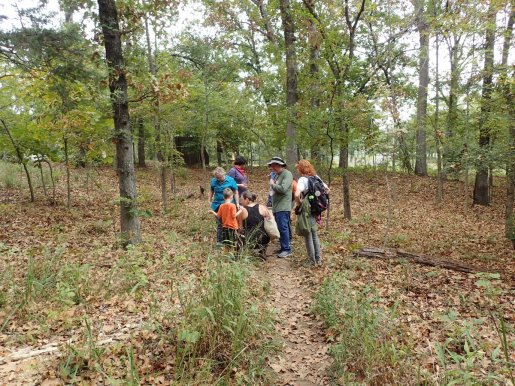 You can learn more about the Oklahoma BioBlitz here

Thanks as always for support from the Alongside Wildlife Foundation

View all posts by karoeder

I am a postdoctoral researcher in the Entomology department at the University of Illinois. Generally interested in how organisms are distributed and interact in space and time. Particularly fond of ants, bees, and wasps.